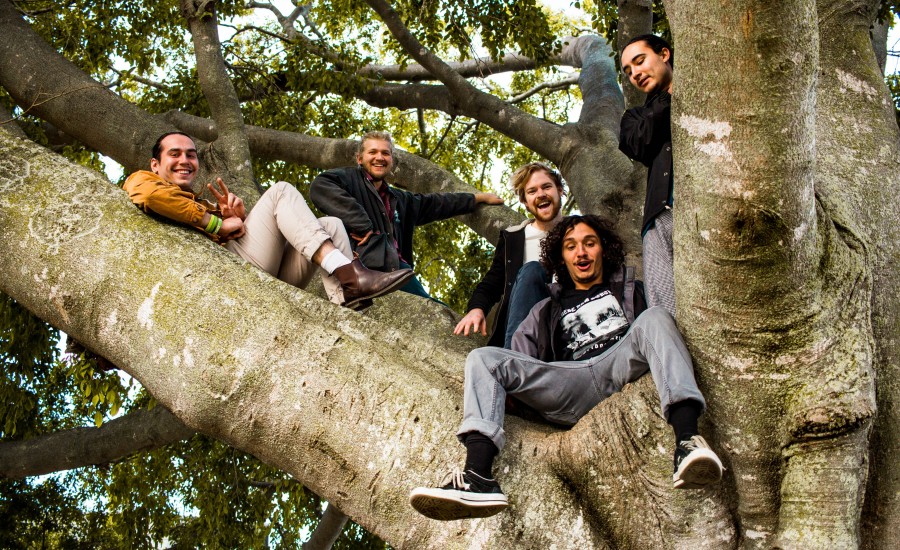 Kurilpa Reach are an Alt-Rock band built on a foundation of Dub & Reggae, hailing from the Inner Brisbane, Australia, suburb of West End. Taking their name from the Suburb itself, Kurilpa is the local Turrabl word for “Place of Water Rat.” Unclassifiable, Kurilpa Reach infuse Psychedelic Rock with classic Reggae beats to create a unique blend of soulful Funkadelia.

Since their formation in a suburban backyard shed in 2017, Kurilpa Reach have solidified themselves not only in Brisbane but with the Australian music scene. 2018 saw the release of their Debut EP “Fools Fall”, along with a sellout show & a number 4 spot on the Triple J Unearthed Charts with single “Intermittent Healing”. A Scenester review of the EP complimented the band’s unique sound “It's almost like The Flaming Lips were hanging out with The Police and decided to invite Tame Impala over for a jam… and they created Kurilpa Reach.

Exploring outside of Brisbane, Kurilpa Reach undertook two Australian tours in 2019 celebrating the release of their two new singles. “Best End” included 5 shows from the Sunshine Coast to Sydney & the follow-up “Mystery Girl” featured a run of 9 shows beginning at Nimbin Roots Festival, with appearances at Off Beat Festival, Toowoomba Carnival of Flowers, Hidden Lanes, Peregian Originals & ending with a Tijuana Cartel support at The Triffid. Both songs were well-liked, receiving regular 4zzz airplay & with “Mystery Girl’ played on Triple J & voted at NO.46 in the 2019 4zzz ‘Hot 100’.

Kurilpa Reach ended 2019 & began 2020 the best way possible with a 7 show run at Woodford Folk Festival, foreshadowing the mammoth year sure to come. 2020 brings with it appearances at the Mountian Goat Valley Crawl, Unleash The Elephant & the forthcoming release of Kurilpa Reach’s sophomore EP “Put us out Easy” due early May.