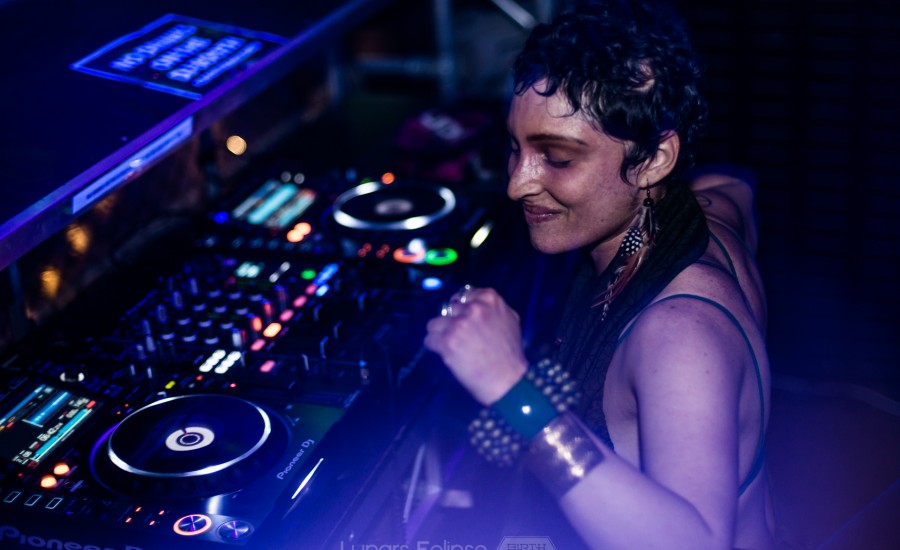 Lunar (Ebony Keegan) is a Melbourne based DJ and aspiring producer. Her musical journey began at the age of 7 where she began playing the piano, dabbled with guitar and followed not long after with composing her own music. Ebony found the psy trance scene only 6 years ago and it was then that she discovered how she wanted to share her passion for music through DJ’ing , music production and live performance.

In an extremely short period Ebony has established herself an edition to the psychedelic scene on both dusty and concrete dance floors, playing alongside both international and local Aussie artist's. Gracing the stages of Australia's finest festivals such as Rainbow Serpent, Esoteric, Dragon Dreaming, Earth Frequency, Elements, Fireworld, Wild Horses, AI and many more.
Contributing more than her love for music but her passion within the music industry she established Progression Sessions Radio on KISSFM to support a weekly club event she ran with founder Joel Roth and featured artists such as 4i20, Mandragora, Sumiruna and many more. Wanting to then bring something versatile to the scene she transformed the radio show into Progression Sessions Jungle Room a live podcast streamed from My Aeon but finished up late 2018 to focus on her production.
After completing a diploma in Sound Production at SAE in Melbourne she continues to hone her skills as a DJ and aspires to create her own unique sound as a producer by transforming sets that create explosive energy with driving melodic sounds.

On a mission to bring something versatile to the scene Lunar in known for shining her light in the darkness during the peaking hours of the night laying down chunky full on psychedelic sets however can also flexibly play progressive sets to cater to the time of day as well a psychedelic chill sets which she recently debuted on the Chill stage at Rainbow Serpent Festival 2018.

She’s following her musical path to share her passion for music with an expanding, community of love. Flying solo through the wild sky, Lunar is only four years into a long and exciting journey. Keep an eye and ear out for her upcoming performances and original productions, a little lady with big sound.